BTC cryptocurrency is back above $57,000 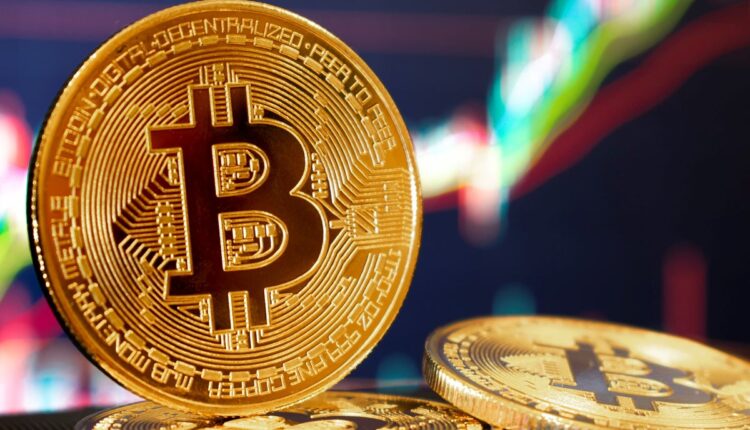 On the night of Monday, November 29, the first cryptocurrency moved up – from levels around $54,000 quotations rose above $57,000. Bitcoin has gained 5.4% in the past 24 hours, according to CoinGecko.

As of this writing, digital gold is trading at $57,490, having recouped its fall after Black Friday. The correction occurred amid fears over a new strain of COVID-19, which has raised the possibility of new restrictions by governments.

The market has a total capitalization of $2.7 trillion, with BTC cryptocurrency at $1.08 trillion and a dominance index of 40%.

Following the first cryptocurrency into the green zone, the rest of the market moved. Ethereum added 6.7% in the last 24 hours and exceeded the $4330 mark.

A notable increase (26.7%) is demonstrated by the token of the GameFi-platform The Sandbox (SAND). On November 29, the platform will launch an alpha version of the meta-universe for a limited number of users.

Cryptocurrencies have the potential for further rise

Economist Alex Krueger noted the “overreaction” of the markets and stressed that a “reversal” follows.

Remember that Anthony Scaramucci, the founder of SkyBridge Capital, saw the recent correction as an opportunity to build up positions. Cryptocurrencies, in his opinion, have the potential for further rise from a basic standpoint.

Earlier, El Salvador’s President Nayib Buquele said that the country’s state bitcoin fund acquired an additional 100 BTC on the fall in the rate. With the new investment, it has 1,220 BTC on its balance sheet.

The state fund now has 1,220 BTC (about $67.3 million at the time of writing) on its balance sheet, including the additional investment.

On September 7, El Salvador enacted a law recognizing bitcoin as a legal tender. At that time, authorities bought 550 BTC into a government fund to ensure the exchange of the first cryptocurrency and dollars.

El Salvador purchased another 150 bitcoins on September 20 and another 420 bitcoins on October 20. Bukele stated that he will utilize a portion of the income from bitcoin transactions to build 20 modern schools.

In October, Vitalik Buterin criticized the legalization of the first cryptocurrency and called the process of forced integration of digital assets into the financial system “contrary to the ideals of freedom.

El Salvador was reminded of bitcoin’s volatility by Bank of England Governor Andrew Bailey in November. The International Monetary Fund slammed the decision to recognize digital gold as an official monetary unit again the following month.