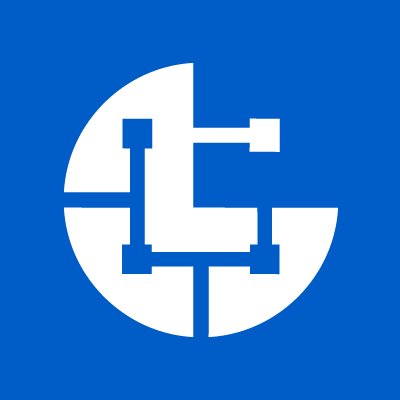 Grayscale estimates that the annual revenue of the Web3-metauniverse sector will reach $1 trillion in the near future, challenging Web2-projects with a total capitalization of $15 trillion. PARSIQ is developing a platform of the same name to unite these segments. We tell about PARSIQ and show a real case of working with the platform using CryptoPunks as an example.

“We were facing the same problems in different projects: most of the networks were siloed data stores that were difficult for third-party services to interact with. We decided to create one reliable and flexible solution instead of developing bridges every time,” says the project team.

It became a blockchain workflow monitoring and automation platform that extends the functionality of smart contracts to Web2.

The platform integrates networks with each other and with offchain applications like Telegram, Discord and Google Sheets. The project team regularly updates the list of supported apps.

In order to interact with blockchain data, smart triggers – analogous to smart contracts – need to be created that allow information to be sent to offchain applications. They can be used in a variety of scenarios, e.g:

Smart triggers are written in ParsiQL, an object-oriented programming language for the PARSIQ ecosystem. The examples above are based on If-This-Than-That logic, but developers can create more complex scenarios.

PARSIQ features are available after registering on the platform’s website. The main tools are located in the side menu:

Below we will look at how PARSIQ works using CryptoPunks NFT project as an example.

How to track NFTs at PARSIQ

One of the winners was Pavel Fedotov (Pfed-prog), who presented a project to track actions with NFT from the CryptoPunks collection.

Pavel added CryptoPunks smart contract to PARSIQ and connected notifications in Telegram to it. To do this, he did the following steps:

1. Created a project: opened the Projects tab and selected Empty project from the side menu.

2. Added CryptoPunks contract code in the Contract ABI field to track NFTs from the collection.

3. Switched to the User Streams tab. Based on the smart contract code, specified three events to create a TG trigger:

4. Selected TG to transmit data in the Transports tab.

The trigger sent instant notifications of the selected events through the PARSIQ Telegram bot.

PRQ is an Ethereum and Binance Smart Chain blockchain token that can be used to pay for the platform’s services. The company provides two monthly subscription models for PARSIQ:

IQ Protocol Model. Payment for services wrapped with PRQ tokens using IQ Protocol. The protocol automatically adjusts the price based on the demand for tokens.

The DeFi Protocol IQ Protocol allows PRQs to be exchanged for its wrapped version (pPRQ), PARSIQ’s internal currency to pay for platform services.

Users can borrow pPRQ through the protocol for 7, 30 or 60 days with a fee in PRQ. Holders of the latter earn money from providing liquidity to IQ Protocol.

In September 2019, PARSIQ raised €1.5 million in a private token sale and IEO of PRQ tokens on the CoinMetro exchange.

The company put 250 million tokens up for sale, but 151,703,128 PRQ tokens remained unredeemed, so project management burned them. Also in January 2021, PARSIQ burned more than 50 percent of the project’s team and advisors’ tokens – a total of 38.04 million PRQs.

“This has balanced the distribution of PRQs and increased confidence from the token holders who supported us at IEO,” commented PARSIQ.

The token is traded on Gate.io, KuCoin, OKEx, EXMO and other exchanges.

PARSIQ is developing an ecosystem that enables the efficient use of blockchain data in business and everyday life. The project expands smart contracts by integrating with Web2 applications like Telegram and Google Sheets.

In the near future, developers will add support for Stellar, TokenInsight and Bitsgap. PARSIQ users can vote to prioritize projects for integration in the Investigating section.

BitMEX exchange will launch its own token