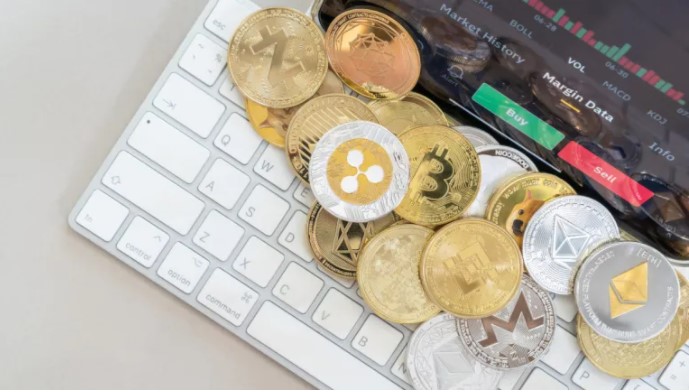 The beginning of 2022 has been quite difficult for crypto-assets. Against the backdrop of protests in Kazakhstan, which significantly affected bitcoin mining totals, and the U.S. Federal Reserve’s plans to raise interest rates, the week of January 3-10 brought profits to only a few of the largest altcoins by capitalization.

According to CoinMarketCap, ICP saw the largest gains. It is a service token of the blockchain network Internet Computer, which has been in existence since 2016 and is aimed at expanding the functionality of the Internet. The coin is used to pay commissions and votes within the network. In the past week, its value rose 18% to $33.5 (as of Jan. 10).

DFINITY, the nonprofit that created Internet Computer, aims to solve Ethereum’s scaling problems. Its second goal is to occupy the cloud computing market by creating a network of decentralized servers.

Chainlink ranks second in terms of weekly growth. It is also one of the largest crypto-assets on the list with a capitalization of over $3.2 billion. Since January 3, LINK has gained 16% to $25.5 per unit.

LINK is the internal token of Chainlink’s decentralized oracle network. Oracles are services that connect blockchain to the outside world, including decentralized applications (DApps), other blockchains, trading floors, cloud providers, payment and enterprise systems.

DASH is another DeFi representative on the list. From January 3 to 10, the rate of this cryptocurrency increased by almost 2%. As of January 11, it had gained another 9% in value.

This coin is used in the open decentralized payment system XCoin, launched in 2014, which was eventually renamed Darkcoin and then Dash. Its special feature is a mechanism to increase transaction privacy, as well as a much higher speed compared to Bitcoin.

In addition, according to CoinGecko, the OSMO token increased by 16%. This is the control token of the Osmosis automated market maker (AMM) protocol, designed for users to design, create and deploy their own customizable AMMs.

OSMO is used as a decentralized coordination tool for token holders. It is used to make decisions about the strategic direction and all future changes to the protocol.

The CoinGecko list includes some crypto-assets from the CoinMarketCap list. In particular, Dash, Internet Computer and Chainlink are repeated.

Stablecoins are the obvious insurance

A number of stablecoins – Tether (USDT), TerraUSD (UST), TrueUSD (TUSD) and Magic Internet Money (MIM) – can also be seen rising. According to an analyst of the cryptocurrency exchange, the increase in the value of such crypto-assets may be due to the fall of cryptocurrencies from the top list and the increased level of “greed” in the market.

“In three days, the ultimate level of fear has reached the ultimate level of greed. This means that at this point, large investors can accumulate. Bitcoin is crashing and the whales see this as an opportunity to build up crypto portfolios. On the other hand, amid the Fed’s interest rate plans and in anticipation of a new service report, investors are now opting for less volatile and more protected crypto-assets. This could last for some time,” the expert summarizes.