Crypto-assets: 3 most promising altcoins in 2022 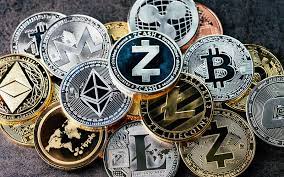 While bitcoin deviated by 3% minus in the last week of December 2021, a number of crypto-assets, on the contrary, increased in price, capitalization and trading volumes. For the December 23-30 period according to CoinMarketCap, the top assets that withstood the market decline were SUSHI, ROSE and FTM.

Analysts estimate that they may have a 2022 outlook. However, investing in crypto-assets is a high-risk venture that can result in losing 100% of your investment.

SUSHI reached its first All Time High (historical high) a month before bitcoin peaked in March 2021. In the last week, the price of the crypto-asset fluctuated in the range of $6-9.8 per unit.

The number of google searches for SUSHI Token increased indicatively (by 450%). Weekly growth of the asset price reached from 40% to more than 60%.

Probably the first reason why the token has not just survived the market since its release, but continues to thrive, is that it is a fork, or offshoot, of Uniswap, the automated market maker (AMM) that launched a wave of DeFi (decentralized finance) projects the year before last, in 2020.

AMM’s task is to create liquidity for assets on decentralized cryptocurrency exchanges. Those exchanges powered by AMM interact with liquidity pools financed in a specific chain of trading pairs.

Liquidity is provided by other users who receive passive income (a percentage of the liquidity pool) on their deposit from trading commissions. The opportunity to earn passive income is one of the significant and driving reasons for the growth of the asset.

On December 29, SUSHI reached the price value, which can be called significant. If you analyze the asset in terms of the last year, a similar price preceded the token’s jumps or falls in January, May, August, September and November.

SUSHI has been in a negative sideways pattern since November (the exchange rate neither rises nor falls) – the market was driven by “bears” (investors who profit from falling exchange rates of crypto-assets), but now it has come to tipping points again. According to analysts, the SUSHI Swap has a pretty good outlook for 2022.

According to CVBJ.biz, pullbacks are possible in the short term (indicative of December 29 and 30). But given the interest of institutional investors and “whales” (large private investors) in the token, as well as unique passive earning features, it can generally be considered promising. The analyst publication defines a resistance zone for SUSHI at $12.

The second line of CoinMarketCap growth last week was taken by another project related to decentralized finance, ROSE, which is tacitly called one of the “Ethereum killers.” It has grown by almost 40%.

ROSE is characterized by scalability, high transaction speed (up to 1,000 per second) and privacy. And even though users are more interested in “ethereum”, judging by Google queries, ROSE made it to the top of last week’s list for a reason.

The Oasis Network aims to create its own DeFi-ecosystem. In the future it is going to be extended in the broad sense of the word: to traders and the market in general.

The most urgent question is whether the asset will beat its All Time High ($0.4638), set on November 21. But the current growth has a justification, which, according to experts, lies in the growing popularity and demand for DeFi-ecosystem products.

The project has already completed a funding round that has raised about $160 million. The fund will mainly be used to encourage developers and build the Oasis ecosystem and network.

The rising price of the token is also likely related to the creation of the NFT Oasis AI ROSE series. The subproject plans to promote and develop its own NFT platform, which could become a competitor to OpenSea and other targeted marketplaces, the largest existing platform for selling non-interchangeable tokens.

“At the moment, the project already acts as a competitor for the two largest blockchains in the global crypto-assets market – Ethereum and Bitcoin. As it solves the issue of high transaction fees, with which there are still issues in the blockchains of the mentioned systems,” commented a blockchain expert of the crypto-assets exchange WhiteBIT.

According to Coinspeaker, Oasis has already overtaken the Ethereum network by 99% in this respect. In this regard, the project’s user network is growing – at the moment it already has 100,000 users.

The market capitalization of Oasis Network is $1.38 million and the circulating supply (i.e., tokens available in the market) is $3.4 billion out of 10 billion that are planned to be issued.

Fantom token showed a gain of more than 25% during last week, making it the third most profitable asset for its investors.

CoinDesk writes that the asset’s behavior may also be due to increased interest in Layer1 blockchains. They are called alternatives to the Ethereum network.

Up 700-3500% in a week: 5 little-known cryptocurrencies surprised by soaring