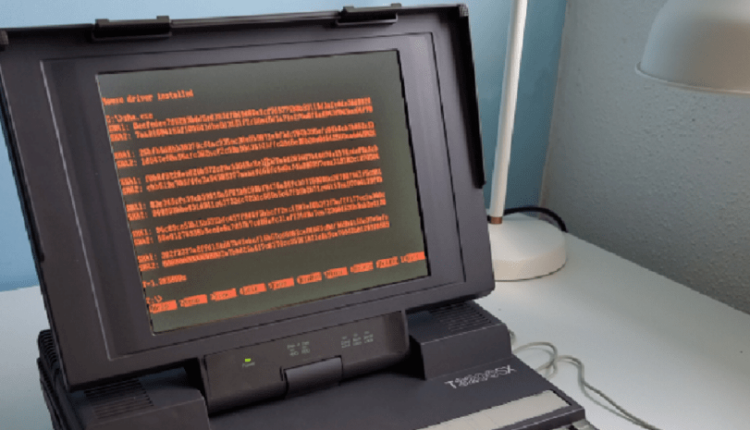 A computer developer turned a 1989 laptop into a bitcoin mining machine as an experiment – it turned out to be theoretically possible, but unprofitable. The tech genius claims that his development will generate $1 in 584 million years.

According to techradar, Dmitry Eliseev took a 32-year-old Toshiba T3200SX laptop as his “guinea pig”. Its Intel 386SX processor with a clock frequency of 16 MHz was the leading technology of its time, so the cost of such a device was solid: $6.3 thousand.

Since the 1989 laptop runs on the MS-DOS operating system, the researcher first had to write a program to mine the cryptocurrency and transfer it to the old laptop. As a result, he got a crypto-machine with a computing speed of 16 hashes per second (H/s).

That’s more than 100 trillion times less than one of the most powerful miners, the Bitmain S19 Pro+, which has a performance of about 200 TH/s. In January, though, a block in the bitcoin chain was lucky enough to be created by two users with low TH/s, for which they each received a 6.25 BTC reward.

Against this background, Eliseev called it “theoretically possible” for such a computer to join a mining pool (part of the reward that one pool member receives is distributed among the others). But this requires setting up an Ethernet card and IP address on the laptop, which, according to the author, is not so easy to do for MS-DOS.

“Is there a practical reason for this? Well, you can get $1 after “only” 584 million years. And it will be funny if by then there are historians who remember what the words ‘laptop’, ‘bitcoin’ and ‘$1’ mean,” the technician sneers.

Given that such a laptop has 39 watts of power, it would consume $1.44 worth of electricity per month if run 24/7. Thus, for every dollar of income it will take $10 just to pay for electricity.

It was previously reported that American blogger Siraj Rawal customized his Tesla electric car to produce cryptocurrency. This allowed him to earn up to $800 a month without much effort.