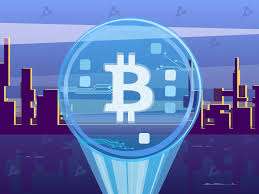 Guggenheim Partners, which manages assets with a turnover of more than $200 billion, can replenish the number of Wall Street companies that have invested in cryptocurrencies. The firm, which invests in different asset classes on behalf of companies, pension funds and sovereign wealth funds, said it could “indirectly attract investment in bitcoins” through the Grayscale Bitcoin Trust (GBTC) product through its Macro Opportunity Fund.
The Macro Opportunity Fund can invest in Bitcoin indirectly by investing up to 10% of the net asset value in the Grayscale Bitcoin Trust (“GBTC”), “the statement said.

Note that Guggenheim Partners has become another company that filed an application for the acquisition of cryptocurrency this year. Recall that earlier bitcoins acquired several large companies at once, including Square and MicroStrategy.
Investors buy up Bitcoin in hopes of growth
Starting in May of this year, institutional investors and Bitcoin whales began to massively increase investments in Bitcoin. This is evidenced by recent studies of the OCEH crypto exchange and Catallact. At the same time, the largest investor activity was observed in June-August. At the same time, dozens of large transactions were recorded. Researchers cannot explain exactly who sent coins in such quantities and to whom they were intended.

“It is possible that one or more cryptocurrency exchanges, on which an extremely large number of BTCs are stored, shuffled coins into various wallets for many reasons, most likely related to security. There is also a possibility that large institutional players and whales with big money have accumulated or distributed large amounts of BTC during this consolidation period in anticipation that the price of the leading cryptocurrency will increase or decrease, “the study said.

Despite this activity, large investors fear that excessive market regulation will ultimately lead to the fact that they will not be able to freely buy and sell coins.