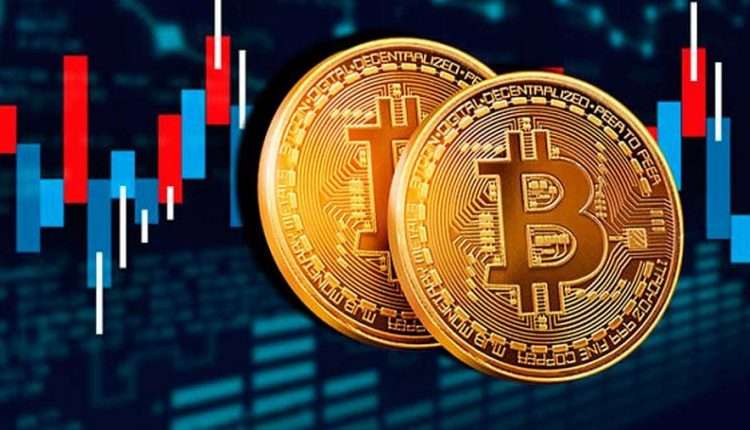 On the morning of December 8, the Bitcoin course went down from the triangle that had formed in recent days. Now BTC is testing support around $18 000 and a medium-term trend line.
This morning, the price of Bitcoin fell from $18 770 to $18 031. Then Bitcoin continued to fall and briefly reached a daily low of $17 640. Now BTC is trading around $18 000, but volatility remains. The Bears are actively trying to take the price out of the rising channel, which has been forming since the beginning of October. It seems that the third attempt to storm $20 000 is being postponed.
The last time BTC experienced a similar drop on December 1, after the cryptocurrency tried to update the historical maximum, exceeding $19 900 on some exchanges. After that, the BTC price briefly collapsed to $18 200.

According to CEO CryptoQuant Ki Young Ju, the availability of significant BTC volumes on exchanges provided by “whales” contributed to falling prices.

“When it comes to short-term price forecasting, I think the most important data is supply and demand,” said Ki Yong-ju. “I think this fall started with whales who wanted to leave their bitcoins on the exchanges, making them available for sales warrants.”

According to Lucas Huang, head of growth at the decentralized Tokenlon exchange, from the point of view of retail, “raising the BTC price by 80% in just two months may be too tempting a profit not to be fixed.”

Prices of other large cryptocurrencies were also affected. According to Coinmarketcap, XRP showed a decrease of 12% per day, ETH – by 6%, LTC – by 8%, and BCH decreased by 5%.

Gold closed slightly below the 200-day simple moving average (SMA) on Wednesday for the first time since the end of 2018, having breached the supportive trendline from 1,269 earlier this week too.

Adding to the bearish sentiment, the RSI continues to extend south and is ready to pierce its 30 oversold level, while the MACD is deep in the negative territory , below its trigger line, and close to a former support area, hinting a cautiously short-term bearish bias.

From a technical perspective, whether the sell-off will get more legs may depend on the 1,450 level which strongly rejected downside corrections this week. The 50% Fibonacci of the 1,196-1,703 upleg is also located in the neighbourhood, providing extra importance to the region.

Should the price crash below that barrier, it may not stop until the 61.8% Fibonacci of 1,390, where the precious metal found some footing back in July. Slightly lower, traders should also closely watch the area around 1,360 that stubbornly kept the bulls under control during the 2016-2018 period.

Otherwise, if the bulls take over above the 38.2% Fibonacci of 1,509, the area between the 23.6% Fibonacci of 1,583 and the 1,610 number could come in defence. Surpassing that zone too, traders would resume confidence on the market’s long-term uptrend, with the spotlight turning back to the 1,700 peak.

It has not been prepared in accordance with legal requirements designed to promote the independence of research, and as such it is considered to be marketing communication. Although we are not specifically constrained from dealing ahead of the publication of our research, we do not seek to take advantage of it before we provide it to our clients. We aim to establish, maintain and operate effective organisational and administrative arrangements with a view to taking all reasonable steps to prevent conflicts of interest from constituting or giving rise to a material risk of damage to the interests of our clients. We operate a policy of independence, which requires our employees to act in our clients’ best interests and to disregard any conflicts of interest in providing our services.

CFDs are leveraged products. CFD trading may not be suitable for everyone and can result in losing all of your invested capital, so please make sure that you fully understand the risks involved.

The personnel agency Randstad was attacked by the Egregor encryption virus