Atari starts the video game console with support of a blockchain. 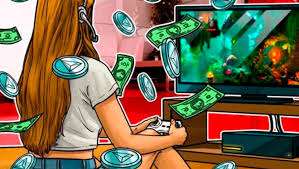 the built-in cryptocurrency functionality. The pioneer of the industry of video games Atari prepares for start of the new console for the first time in 20 years. Atari VCS will be equipped with the built-in cryptocurrency functionality
In spite of the fact that date of start coincides with the output of new consoles of heavyweights of the industry, stakes on other market.
Atari puts on nostalgia of the consumer
Atari announced an exit the first more than in 20 years of the console for several years – her start is as follows month.
The new game system will provide access to more than one hundred classical games , including arcades and those that were present at her old consoles. Within the interview to the Bloomberg agency the CEO of Atari Frederik Chesnace noted that the new product, unlike PlayStation and Xbox, will be aimed at other market, namely, at the gamers wishing to ponostalgirovat.
Games will be a product of mainly last century, is new the companies together with it promise to present something new. In particular, connection with the Internet and cryptocurrency functionality will be built in the console.
Within start of a product on October 29 Atari plans to attract $1 million on sale of the token of which cost will be 25 cents. Process of sale will be undertaken by the Bitcoin.com exchange. At the same time the American investors won’t be able to participate in this event.
As explain in the company, Token will facilitate process of purchase of games, and a consequence, will become standard currency for the game industry.
Along with Atari Token, Atari works on own steybkoin.
Earlier this year the editorial office BeInCrypto wrote about the introduction to Atari to partnership with Litecoin Foundation. Within this cooperation the inclusion of a token of Litcoin (LTC) in ecomisty Atari is provided.
Doubtful experiment
At first sight, inclusion of cryptocurrencies in the heart of the game system can seem a successful way of advance of technology in the ranks of mainstream audience.
There is a set of factors which can limit appeal of a new product, including the price which will be $390. For comparison of Xbox of series S will cost the consumer $300.
It is also important not to forget about the competition, namely, Intellivision Entertainment releases similar a retro a product which can draw attention to itself(himself). Amico will be started next year, and the starting price of the console will be $249.
One more obstacle which Atari – involvement of retroplayers in the modern market can face.
Atari tries to be restored after bankruptcy in 2013. Then Frederik Chesnace also headed the company. However today the state of Atari makes only about 20 people. And at last, the pandemic of coronavirus can strike after consumer to expenses. The increased financial uncertainty and unemployment can sadden start of a product.
However, if VCS nevertheless brings success of the company, it can accelerate growth of the involvement of mainstream users into the world of cryptocurrencies.

Privacy-First Web: A Challenge or Utopia?

True or false: cryptocurrency without investments in…

The consumer application from Bakkt will be launched in the first half of 2020.

Privacy-First Web: A Challenge or Utopia?

True or false: cryptocurrency without investments in 2020

The KickEX Exchange opened the battle of DeFi tokens UNI vs. COMP.