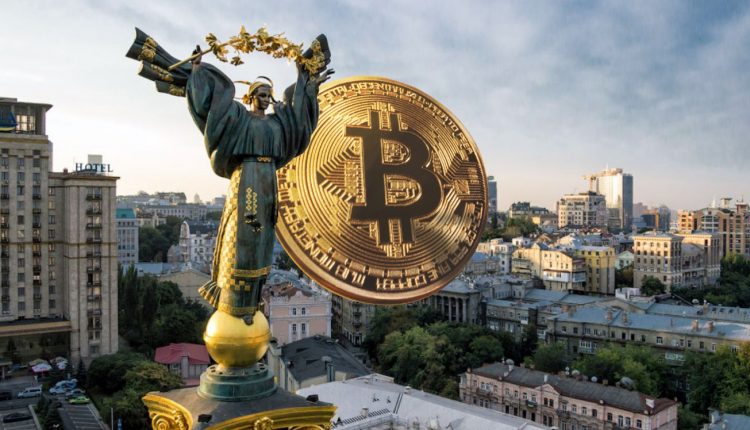 Last year, the Ukrainian government announced several high-profile initiatives in the field of cryptocurrencies at once, but already in the first quarter of 2021 made a U-turn by 180 degrees.

In 2020, the government passed a number of important bills that effectively legalized the circulation of cryptocurrency in the country, and Ukraine itself became a “cryptohaven” in the entire CIS. But already in early 2021, officials registered the bill VA #3637, which obliges exchanges and cryptocurrency exchanges to identify and separate pure cryptocurrency from that which was involved in money-laundering, terrorist financing and other crimes. How to do that is not yet clear. The BeInCrypto editorial board asked several questions to the president of the Blockchain Association of Ukraine, Mikhail Chobanyan.

About the bill VA #3637.
Last year, Ukraine passed a bill “About virtual assets,” which legalized the circulation of cryptocurrency in the country and created a regulatory framework for the legal operation of cryptocurrency exchanges and exchanges. Earlier this year, the FATF made recommendations to all countries regarding the minimum requirements to start monitoring jurisdictions in the virtual asset sphere.

All these actions are designed to introduce practices that will prevent terrorist financing, drug trafficking, and money laundering. First of all, it concerns updating the rules for the banking system, but there are requirements for the virtual asset sphere as well. If countries fail to comply with these requirements, they will be blacklisted by the FATF, and the entire payment industry in that country will be cut off from Visa and Mastercard.

“VA Bill 3637 is a very good initiative. It’s very much needed in our sphere. But at the moment the goals are correct, but in the execution there are serious mistakes that need to be corrected. But the procedures in the Verkhovna Rada limit the possibilities for amendments. And we have a suspicion that in order to circumvent the rules and not vote, officials have deliberately made such mistakes. This will allow the legal department to return the text of the document for correction and submit it already in a normal form”, says Mikhail Chobanyan.

This happened because the single law for all EU countries appeared after the voting for the bill No. 3637 in the first reading. As Mikhail Chobanyan notes the text of the draft law shall be maximally approximated to European standards and it’s simply impossible to do it now.

“In fact, two issues arise here. The first is the declaration by officials. In my opinion, they made a serious mistake with this action. Unlike citizens, who must explain the origin of cryptocurrency to two bodies, the financial monitoring and the tax authorities, officials are still obliged to provide comprehensive information to the third supervisory body – the Independent Association of Banks of Ukraine. And the questions there are far from formal – the origin must not just be specified, but proven,” Mikhail Chobanyan explains.

On the other hand, the expert sees no obstacles to the introduction of cryptocurrency. On the contrary, in contrast to previous years, the support and understanding of the state has grown a lot.

About construction of data center in Ukraine
Last August, Deputy Prime Minister and Minister of Digital Transformation Mikhail Fedorov said that Ukraine is preparing to build the largest data center with a capacity of 1gW.

“This is generally one of the most interesting projects. At the moment the Ministry of Energy sabotaged the bill on direct contracts from nuclear power plants for the innovation sphere and they cannot even organize a working group to implement other options. It’s hard for us to explain this to investors. It’s hard to find a more absurd approach from the government in the world. The Ministry of Digital Transformation does everything to attract investments to Ukraine, but further it turns into a complete derailment”, – Mikhail Chobanyan is sure.

About cryptocurrency
Earlier, the Ukrainian government signed a memorandum of cooperation with Stellar to create a cryptocurrency, but the CBDC has not yet been released.

“The blockchain community not just signed a memorandum, but for 4 years already made crypto hryvnia on Stellar and not once tested it with the National Bank of Ukraine. But it has never moved beyond the news,” says Mikhail Chobanyan.