CEO of one of the largest car companies in the world Tesla Elon Musk announced that at least one of its charging stations will be able to pay for “refueling” electric cars with cryptocurrency Dogecoin (DOGE). But unlike many previous times, the exchange rate of the asset barely reacted to this.

Musk wrote about the upcoming innovation under a tweet from Tesla Console developer Ryan Zohuri. He posted a picture of a charging station in Santa Monica, California – it filled up with electric cars just 10 minutes after opening. “There’s a futuristic diner and an auto-cinema planned for the Hollywood area. And, of course, you’ll be able to pay in DOGE,” Musk commented.

He did not disclose details about what exactly it will be possible to pay for with altcoin. So optimistic commentators have suggested that Tesla will start accepting the cryptocurrency for using charging stations, while skeptics have suggested that only for snacks and watching movies.

But while Dogecoin supporters applaud Musk’s plan to introduce meme-coin, the news had little impact on the Doge exchange rate. According to the cryptocurrency exchange, the value of one DOGE rose about 2% after Musk’s tweet (from $0.1417 to $0.1450) but soon fell below that level.

This may indicate that Musk is losing his weight as a guide for investors. Previously, his tweets about DOGE have repeatedly led to significant jumps in the rate of this cryptocurrency.

In particular, in January the value of the coin soared by a third after his announcement that Tesla would accept Dogecoin as payment for certain goods. First of all, we are talking about merch (Cyberwhistle, Giga Texas belt buckles and mini-models of electric cars) and a children’s quad bike Cyberquad.

Earlier it was reported in the media that because of the picture of Elon Musk’s dog, the unpopular meme coin Santa Floki went up in price almost 150 times. This happened due to the fact that the puppy breed Shiba Inu is called Floki, and the owner dressed him up in a Santa Claus costume. 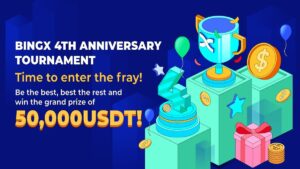