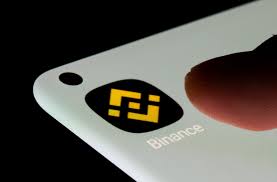 The well-known cryptocurrency exchange Binance may have systematically violated its transparency policy. Journalists accuse the site of hiding information from regulators, disregarding anti-money laundering (AML) procedures as well as its own internal regulations.

According to the source, in 2021, the exchange’s management refused to provide detailed reports on operations to regulators in various countries or to its partners at least four times. In particular, the platform’s management changed its mind about opening a division in Malta, afraid of strict AML protocols and disclosure requirements. Officially, the crypto-exchange notified the Malta Financial Services Authority of its decision not to apply for a license to operate in that country in 2019. However, Binance continued to claim until 2020 that it was “regulated by the laws of Malta,” according to Reuters reporters, citing its own sources.

In December-2021, the platform was caught in a scandal in Italy over the “equity tokens” (the cryptocurrency equivalent of traditional stocks) it offered. The National Commission for Companies and Exchanges (CONSOB) saw it as a financial instrument that required a license that the company did not have.

Against this background, the Maltese division of the platform called for the company’s services to be brought in line with the Italian Securities Act. In response, Samuel Lim, head of compliance, responded that Binance does not provide “investment services.”

Also, he said, the site’s operations are managed by a Swiss unit, not a Maltese one. But this was not confirmed in Switzerland – the local unit also did not have the necessary authorization, according to the investigation.

Commenting on the incident, Binance called “categorically false” any suggestion of intent to mislead the Italian financial regulator.

In total, regulators in at least eight countries have issued warnings or taken action against Binance during 2021. These included the Netherlands, Italy, Great Britain, Poland, Japan, Thailand, Hong Kong, Singapore and South Africa.

Also, documents that were made available to reporters reveal the fears of a number of company employees, including Lim, about weak KYC checks. It is a set of “Know Your Customer” tools to verify user data.

However, when Reuters interlocutors told exchange CEO Changpeng Zhao about it in 2020, he did not share their fervor. The site manager wanted “no KYC at all,” and users could “trade within 10 minutes of registering.”

Against this background, the German police, prosecutors and lawyers representing the interests of more than 30 victims of fraud have asked Binance for help in finding information about several million euros allegedly laundered through the exchange. According to some of the senders, representatives of the platform responded that they could not help.

According to the investigation, the German Federal Criminal Police Office was also concerned about the exchange’s security. Law enforcers suspected the platform of financing terrorism. It was reported that German citizen Drilon G. and Kosovo-born Blinor S. bought an undetermined amount of cryptocurrency on the exchange for the Islamic State militant who carried out a series of attacks in Vienna on the night of November 3, 2020.

The exchange’s management responded swiftly to the Reuters investigation. On his Twitter, Changpeng Zhao called it a lie and an attempt to smear his project.

“This is an outright FUD (Fear, uncertainty and doubt.” – Ed.). The journalists talked to people who were fired from Binance and partners with whom we did not have a good relationship. They are trying to smear us,” he writes.

Zhao says his company is entirely focused on anti-money-laundering procedures. Also, he says, the site welcomes working with regulators and operating transparently.