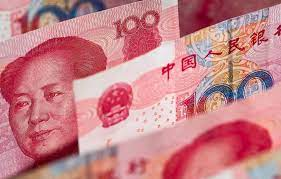 China is gradually approaching the full-fledged launch of a digital version of its national currency cryptoyuan: in October, the authorities handed out 10 million digital yuan to residents of the country. The center of the campaign was the city of Shenzhen, bordering Hong Kong.

Fifty thousand people were selected to participate in the test, each of whom received 200 digital yuan. You can spend them in more than 3 thousand points of sale. It is possible to pay for purchases using a special application based on DCEP – Digital Currency Electronic Payment.

Even earlier, the Ministry of Commerce of China began testing the DCEP digital payment system in various sectors of the economy, including e-commerce, transport and hotel business. The project was launched in the Greater Bay Area, a special economic zone in southern China, and in other financial centers in the country, including Shanghai and Beijing.

It became known that the People’s Bank of China (PBoC) has already processed more than 3 million transactions totaling 1.1 billion yuan (about $162 million) as part of DCEP testing. The regulator said it has made “positive progress” on the system, but would not provide more details on the testing process.

China’s way
Work on the digital yuan began in China back in 2014, when the People’s Bank (PBoC) organized a special research group to study the possibility of launching it. The officially declared goal of the project was to reduce the cost of circulation of traditional paper money and strengthen the state’s control over the money supply.

NVIDIA has figured out how to prohibit mining on…

At the same time, it emerged that the “cryptoyuan” would essentially be a digital asset backed by its fiat counterpart, and the Chinese regulator would fully control its circulation.

The new token will be an alternative to cash and will be put into circulation through a two-tier system. At the top level will be the People’s Bank of China, while the country’s commercial banks will be at the bottom. The regulator will sell the digital currency to banks for fiat yuan, and they will pay 100% of the cryptocurrency’s value when they buy the token – this will avoid an oversupply of it. Users will be able to store their digital currency assets in cold wallets, and payments will be made through mobile apps. In essence, China is creating a blockchain-based version of its national currency.

The cryptoyuan as a new dollar
The Chinese authorities have long been trying to solve the problem of internationalization of the yuan. Despite the fact that the currency is officially included in the SDR (IMF reserve payment instrument), its share in global loan capital, trade turnover and reserves is still small. Creating a blockchain-based RMB counterpart would increase the RMB’s competitiveness against the dollar and euro.

Income of Ethereum miners increased, but still lagged behind bitcoin